We’re going to present something a little different for this post, highlighting something near and dear to us: travel. Last month we spent 2 ½ weeks in Madagascar, a well-deserved break, especially for Sue who has been working very hard of late!

For those of you who are unaware, Madagascar is a huge island, roughly the size of France, so there was no way we were going to see all of it in the amount of time we had. We were keen to do a variety of activities, though, including wildlife spotting, hiking, and chilling at the beach. Fortunately, Madagascar has plenty of options for all of these. With a couple of exceptions, we followed the classic RN7 route from the capital Antananarivo in the central plateau down to the southwestern coast. What really surprised us was the extreme variety of landscape in just this small section of the country. We took in lush rainforest, lunar landscapes, pine forests, and white sand beaches. Madagascar really does have something for everyone. 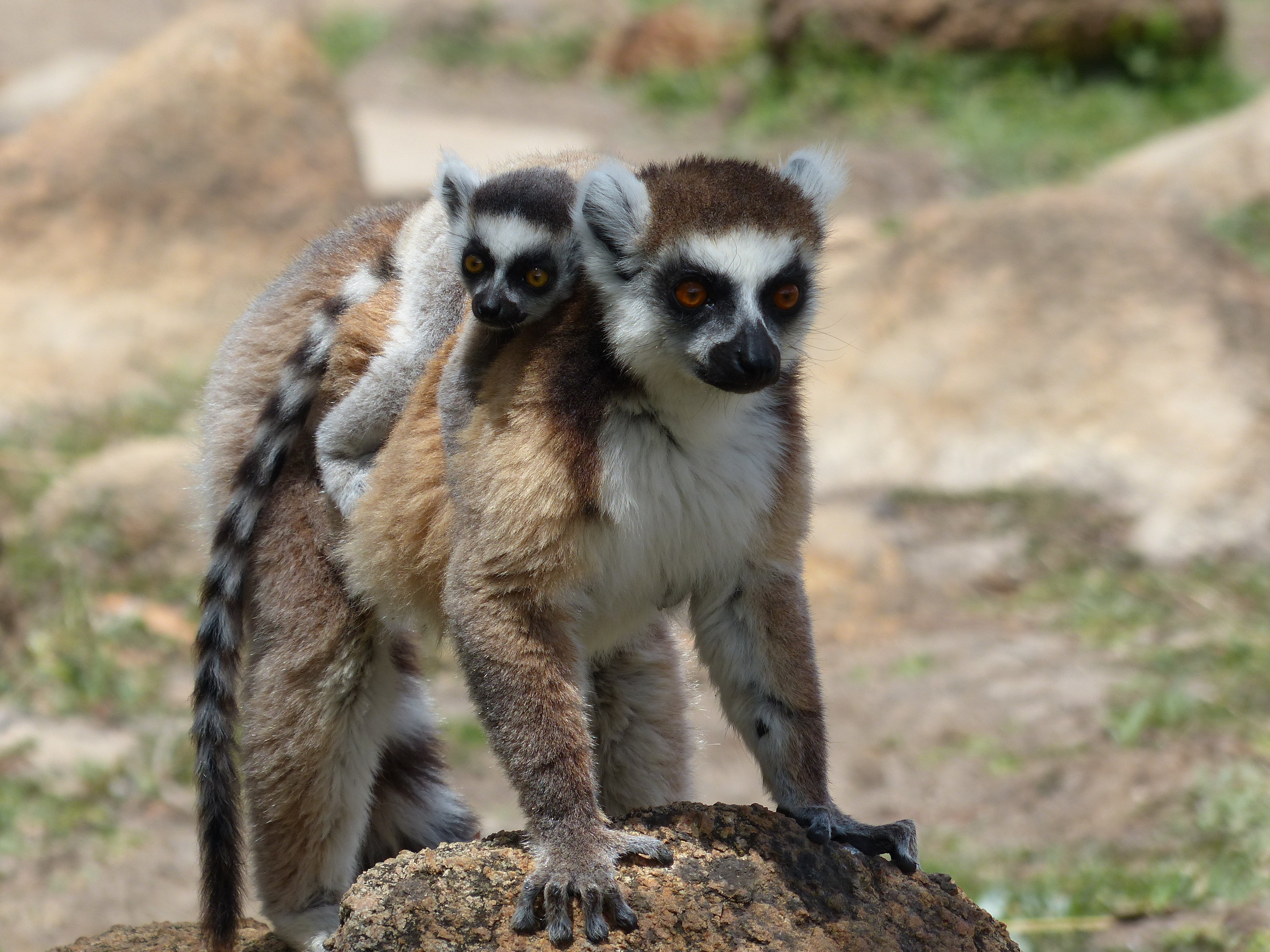 Of course, the big something, probably what the country is most famous for, is the lemur. Madagascar is the only country in the world where you can find lemurs in the wild, over 100 different species of them, in fact. We managed to see only about 10 of these species, but certainly didn’t feel hard done by, as the ones we did spot were plentiful, beautiful and fascinating. Some of the coolest lemurs we encountered were the Indris, or Indri Indri, as they are known locally. They brought the concept of the dawn chorus to a new level, with their haunting cries  – described as a cross between a whale and a car alarm – being heard for miles. (Check out a video here) Fortunately, due to the time difference, we were getting up early anyway! Some of the other species we spotted were black and white ruffed lemur, mouse lemur, sifaka, bamboo lemur, and of course the ringtailed lemur. Some of these were shy and hung out high in the trees, whilst others such as the ringtails were quite happy to walk right up to us, even with babies clinging to their backs. 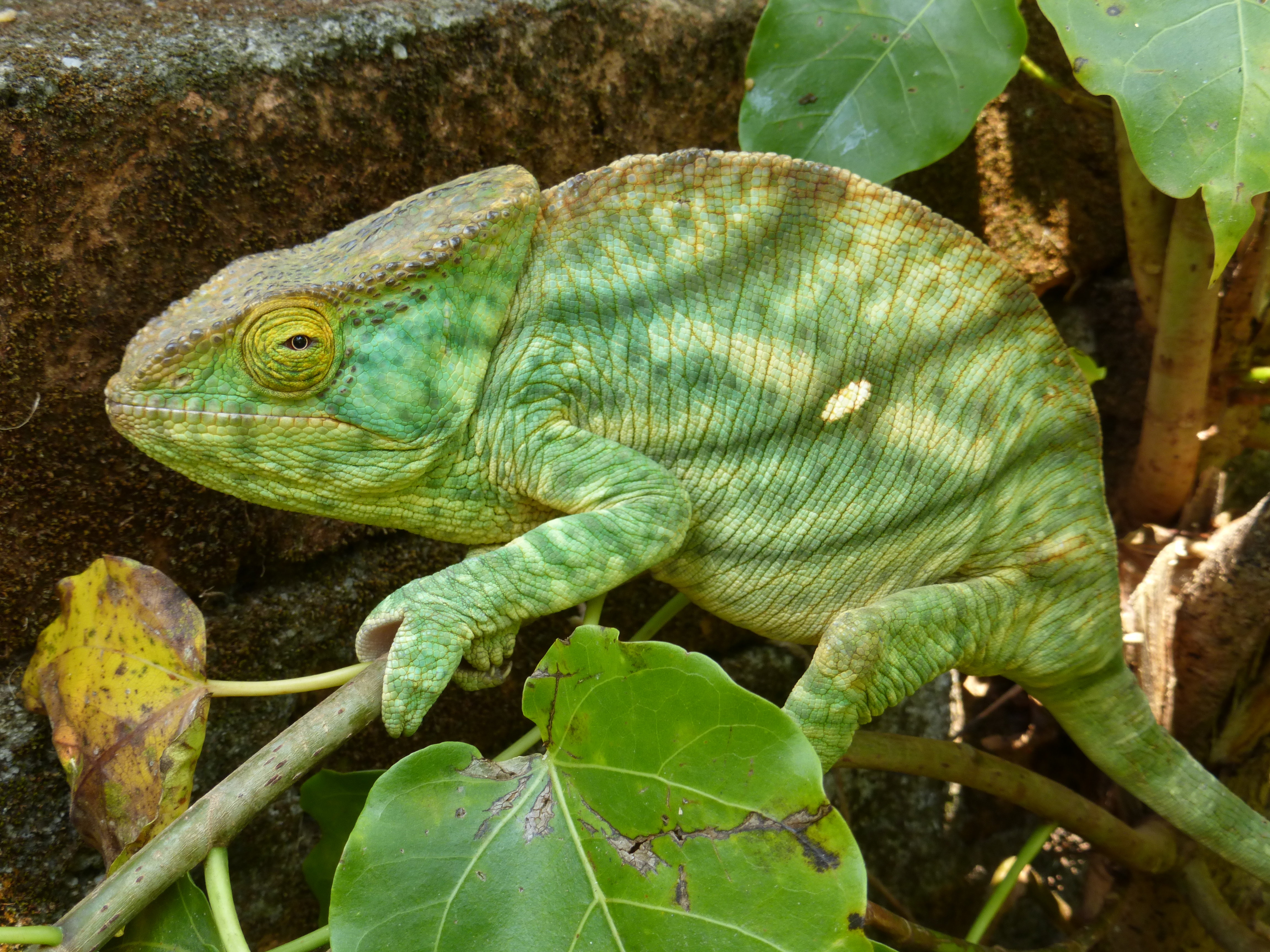 Lemurs are not the only fauna that Madagascar is famous for. The country is also home to about half the world’s 150 or so species of chameleons. In our humble opinion, these are the coolest lizards out there, with their bulging eyes, zygodactyl (good word, eh?) feet, and beautiful colours. Perhaps the most impressive feature of the chameleon, however, is its tongue. On average, a chameleon’s tongue is roughly twice the length of its body. In humans, that would be a tongue about 10 to 12 feet long! And it’s not just big. A chameleon’s tongue can go from 0 to 60 miles per hour in a hundredth of a second! Pretty impressive stuff. (See it in action here)

On the subject of guides, everywhere we went we seemed to wind up with more of these than anticipated. In addition to a driver and guide taking us around the country, every national park we visited supplied a local guide and sometimes an animal spotter or two as well. We came to realise that this is the Malagasy attempt to spread the wealth around. Madagascar is one of the poorest countries in the world and is largely a tip-based economy, so the more helpful bodies foisted upon tourists, the more money potentially makes it into the local economy. At first, we were a little put off by the number of people who seemed to be ‘assigned’ to us at every stop (as we are typically avidly independent travelers), but we soon realised the deal and settled into the routine. It just meant calculating a lot more tips. That said, salaries there are so low in Madagascar that even a Euro or two is a huge amount of money for many of the people, so ultimately it was still relatively inexpensive.We always try to include some hiking in our holidays, and this was no exception. We spent several days in Andringitra National Park, well-known for its spectacular mountainous scenery. There, we summited Pic Boby, the country’s 2nd highest (and highest-climbable) mountain. One of the highlights was drinking ‘rum arrange’ (the local hooch infused with various fruits or other aromatics, in this case, ginger) whilst soaking in the singing and dancing performances of our surprisingly-large posse of cooks, porters, and guides. 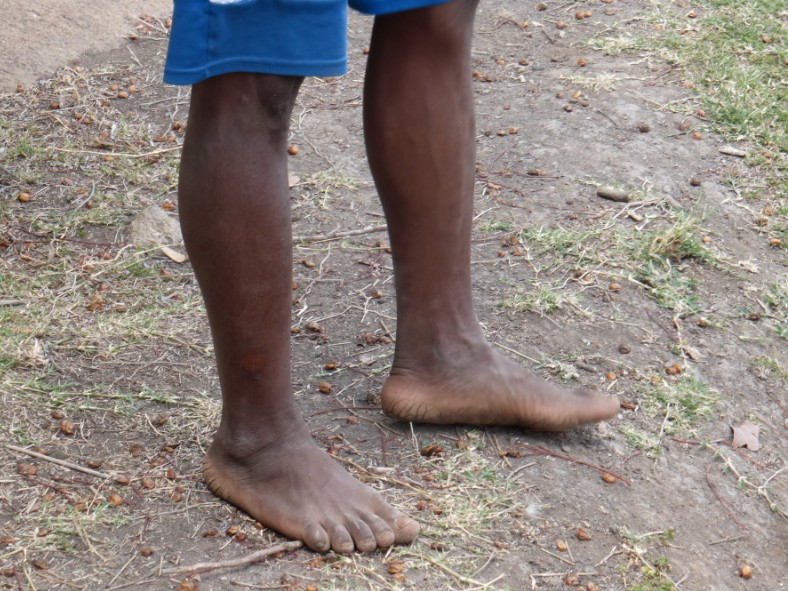 Money is so scarce that many of the poorer people can’t even afford shoes. Being somewhat barefoot-obsessed, we found ourselves marveling at the ease with which these shoeless people went around their daily business. In particular, the runners of the two-wheeled rickshaws known as pousse-pousse, found in many Malagasy cities. We quickly noticed that none of the pousse-pousse pullers wore shoes. Even pounding up and down paved city streets all day long, the feet of these guys looked really healthy. Not a bunion to be seen! This should be a lesson to all of us. Whilst we don’t necessarily advocate going barefoot around the streets of London, getting out of our ‘foot coffins’ as much as possible could potentially do us a world of good.

Despite a lack of money, the Malagasy people seem to place a high emphasis on good food. Even though the typical local cuisine is reasonably basic – meat or fish and rice – it is generally well-prepared and tasty. Add to the mix the fact that the country was once a French colony, and you have a recipe (pun intended) for yet another great feature of the country: yummy food! Little did we know before arriving in Madagascar that French staples such as steak au poivre, crepes, foie gras, and duck confit would be gracing our plates so frequently. We ate plenty of the local dishes as well, our favourite being a stew of eel and pork served with (of course) lots of rice. The local wine we sampled was nothing to write home about, but the beer was cheap and tasty!

As is the case in so many developing economies, the poverty of Madagascar can be heartbreaking. At times it took great effort not to dole out coins, pens or trinkets to the frequent child beggars, some of whom were barely old enough to walk, yet still had their hands out for bonbons or cadeaux. But we believe a better way is to donate to charities that can help the people in a more sustainable manner.  Upon returning to London, we identified PSI as a reputable and efficiently-run charity whose stated  goal is to ‘make it easier for people in the developing world to lead healthier lives and plan the families they desire.’ Please feel free to join us in donating here. Then do yourself a favour and get yourself to Madagascar. You won’t regret it! 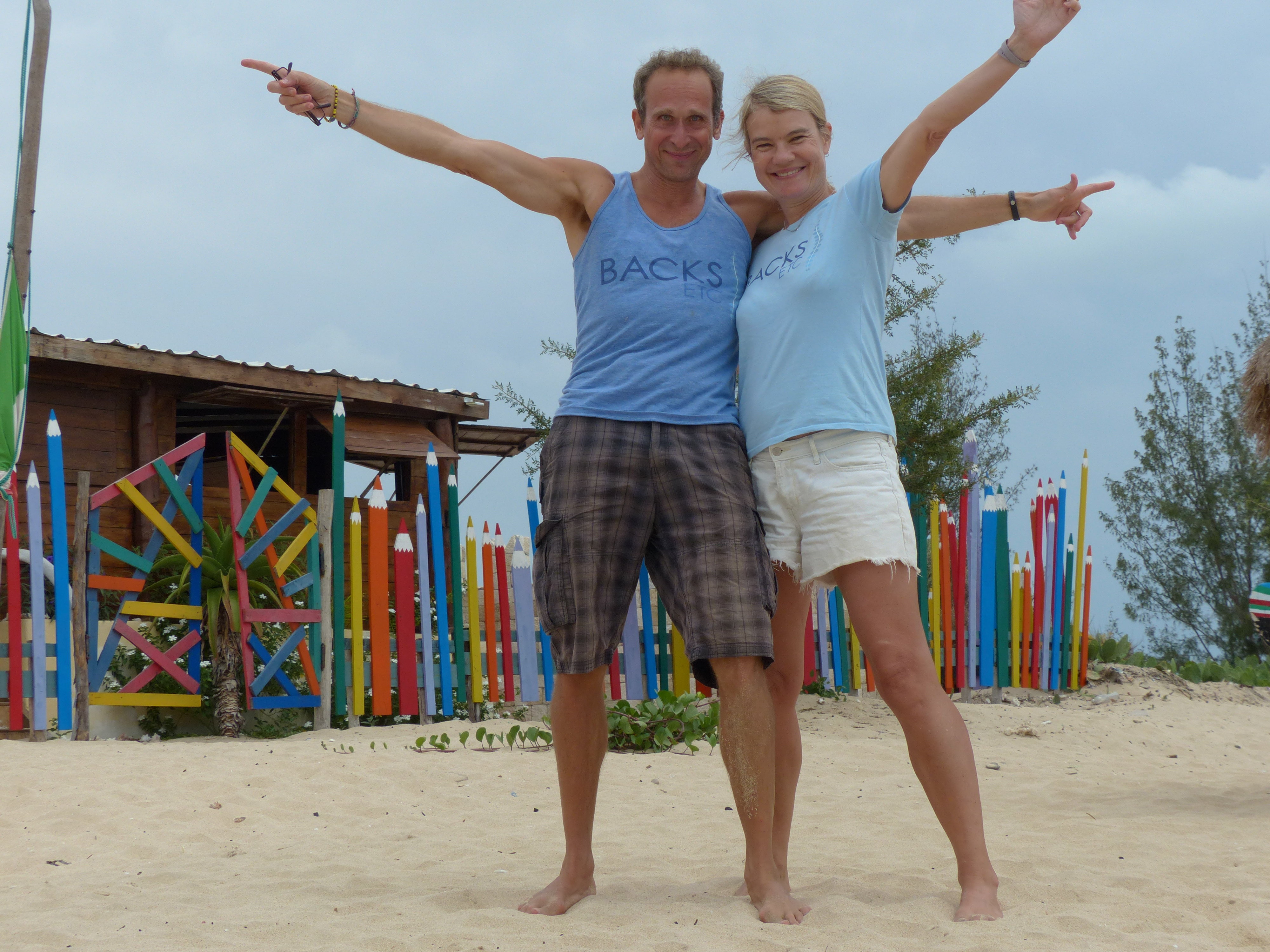 Please note that, as we are healthcare, Backs Etc. remains open during the lockdown. We have appointments available for new patients from the beginning of February. For more information please refer to our Treatment During COVID-19 Pandemic page. If you still have questions or would like to get on the waiting list, please email info@be-osteo.com.